Is a Housing Market Crash Possible in 2021?

With the real estate market experiencing surging prices, scant inventories and a backlog of new home construction, many consumers are wondering if what’s gone up must come back down—in other words, are we headed for another housing market crash similar to what happened in 2008? Let’s take a closer look.

Think Back to Housing Market Crash in 2008

The unforeseen housing market crash 15 years ago ignited a worldwide recession. Fueled by low interest rates, loose mortgage-lending standards and the nation’s unshakeable faith in homeownership, home values rose at record rates year-after-year. When the housing bubble burst, roughly nine million families lost their homes to foreclosure or short sale between 2006 and 2014. Housing values plunged 30% or more, homeowners lost a collective $7 trillion and it took nearly a decade for most markets to recover. Even today, several real estate markets have not fully recovered.

With the robust market activity we’ve seen lately, could there be a market crash in the near future? The short answer is “not likely.” Today’s market book cannot be sustained completely, but a crash as serious as the one from 15 years ago is unlikely because of a few important factors.

YOU MIGHT WANT TO READ: 4 Tips To Buy A Home Despite Your Student Debt

Loose mortgage lending practices ultimately brought down some of the nation’s largest banks and mortgage companies. The fallout forced Congress and federal regulators to make significant adjustments that have fundamentally changed how mortgage lending is regulated.

Since then, standards have been raised and the process of obtaining a mortgage is now more transparent. The “anyone can get one” loans of the past are illegal; now borrowers undergo stricter income, credit and asset checks. An entirely new regulatory agency, the Consumer Financial Protection Bureau, was created to enforce this new regulatory framework. Lenders who do not comply with these standards may face heavy penalties.

As a result, the housing finance marketplace is now more robust and safer than it was 15 years ago. Any dip in the housing market will be cushioned by these stricter regulations. 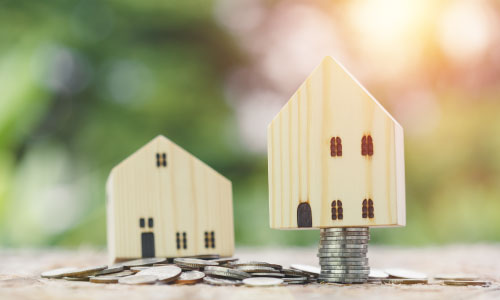 Today’s market book cannot be sustained completely, but a crash as serious as the one from 15 years ago is unlikely.

When the housing market crashed in 2007, the influx of foreclosures pumped housing supply into areas with falling prices and weak labor markets, while also preventing recently foreclosed borrowers from re-entering the market as buyers. According to the Federal Reserve, foreclosures during a time of high unemployment could depress prices, plunging homeowners across the country deeper into negative equity.

However, in the pandemic era, the effects of mass unemployment bear little resemblance to the Great Recession, thanks in large part to forbearance programs that have allowed homeowners to postpone their monthly mortgage payments without suffering penalties.

As of early March 2021, 2.6 million homeowners’ mortgages were in such forbearance plans. As the pandemic economy has slowly recovered, many homeowners have resumed their employment, and thus their home payments. According to CoreLogic, by the end of 2020, overall mortgage delinquencies declined 5.8% due to the forbearance program. The share of mortgages 60 to 89 days past due declined to 0.5%, lower than 0.6% in December 2019.

It’s worth noting that serious delinquencies—defined as 90 days or more past due, including loans in foreclosure—increased when owners who owed large amounts left forbearance. By year end 2020, the serious delinquency rate was 3.9%, up from 1.2% in December 2019.

WE RECOMMEND YOU: What FICO Score Do You Need For A Mortgage?

In the pandemic era, the effects of mass unemployment bear little resemblance to the Great Recession, thanks in large part to forbearance programs. 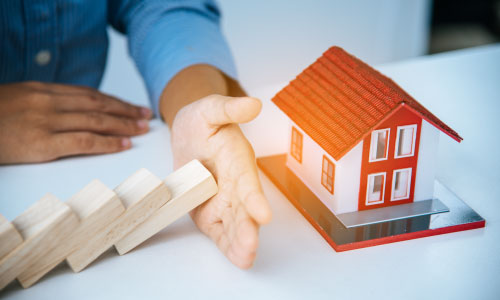 Factor No. 3: Most Homeowner’s Cushion—Equity

Equity is the difference between the current market value of your home and the amount you owe on it. In other words, it’s the portion of your home’s value that you actually own. Equity can be an incentive to stay in your home longer; if prices rise—something we’ve seen almost universally across the country in recent months—your equity increases, too.

Why does this matter? Simply put, higher levels of equity cushion homeowners from default when home values fall.

Over the past decade, American homeowners have enjoyed housing stability and growth, building up large home equity reserves. In the third quarter of 2020, the average family with a mortgage had $194,000 in home equity, and the average homeowner gained approximately $26,300 in equity over the course of the year. In contrast, 2009 saw nearly a quarter of the nation’s mortgaged homes valued for less than the amount their owners actually owed on those mortgages.

Factor No. 4: Price Growth Will Slow Down, but Continue

The sales boom followed the outbreak of the COVID-19 and surprised many real estate economists. Like most other business sectors, real estate was expected (if not required in many locations) to lock down. But by mid-April, sales were soaring as buyers, many of them millennials, took advantage of record-low mortgage interest rates. Through the remainder of 2020, rates remained below 3%, and existing home sales reached their highest level in 14 years.

THIS MIGHT INTEREST YOU: 4 Home Features Required To Fight The Summer Heat 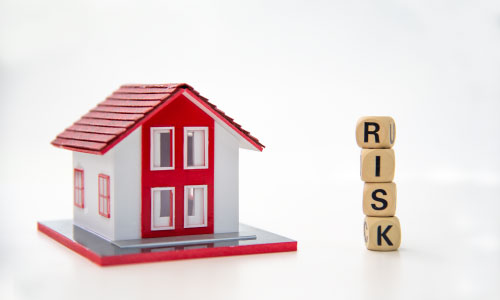 Mid-April, sales were soaring as buyers, many of them millennials, took advantage of record-low mortgage interest rates.

While no one can say for sure what will happen with the real estate sector, most experts are confident that we’ll experience a market dip, but certainly not a crash.

This site uses Akismet to reduce spam. Learn how your comment data is processed.