The 10 Most Popular Homes of the Year So Far

From over-the-top amenities, to celeb-owned estates and majestic mansions, these clicky listings quickly become the most popular homes on social media.

We’re now at the halfway point of 2022, so we thought it could be nice to take a look back at what listings grabbed the most views so far.

Topping off our list as the most viewed home of the year on Realtor.com® is “The One,” the largest residence in L.A. This 105,000-square-foot megamansion in Bel-Air went up for auction earlier this year for a jaw-dropping list price of $295 million.

For a full look at the 10 most viewed homes of the year so far, simply scroll on down.

The sprawling 20,000-square-foot home was constructed from lodgepole pine from the Northern Rockies and features an indoor two-story waterfall. The property’s 415 acres are filled with deer, turkey, and elk, as well as a 9-acre stocked lake.

The six-bedroom home includes a bowling alley, game area, golf simulator room, and lighted onyx bar. Stewart revved up views when he listed the property in March, and it topped the state’s most expensive listing. 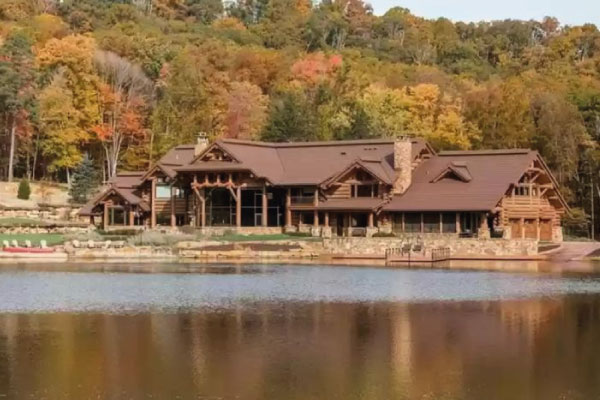 THIS MIGHT INTEREST YOU: 8 Credit Card Mistakes to Avoid at All Cost 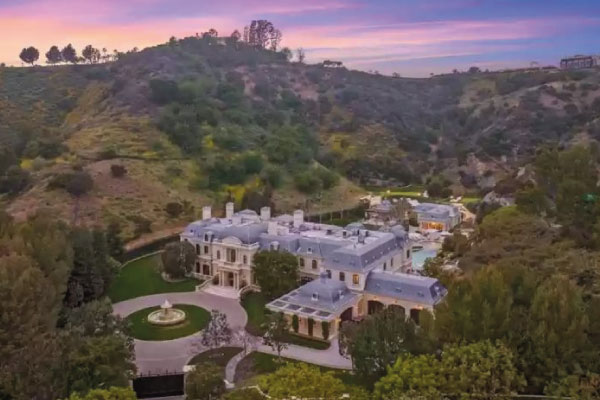 The three-bedroom abode is where the most decorated Marine in U.S. history retired in 1955 after nearly four decades of service. The only recipient of five Navy Cross military decorations was said to have enjoyed writing his books on the porch overlooking the 3.37-acre lot. The home came on the market in May for $415,000, but has since been removed. 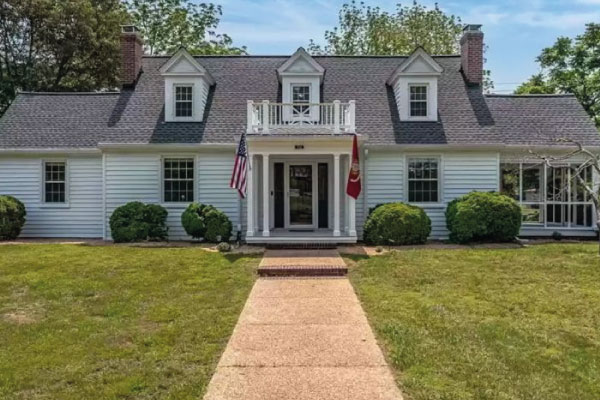 This nine-bedroom mansion on 3.6 acres has an Andalusian aesthetic and is outfitted with all of the luxury amenities you would expect. There is a spa, gym, hair salon, billiard room, bar, and, of course, a home theater.

The outdoor space makes this full house a resortlike spread with its 75-yard pool with three waterfalls and two spas. Initially on the market for $85 million at the beginning of the year, the estate’s price has dropped to its current ask. In June, the property also was available for rent at $250,000.

WE RECOMMEND YOU: 5 Steps For Getting Your Mortgage Pre-Approved 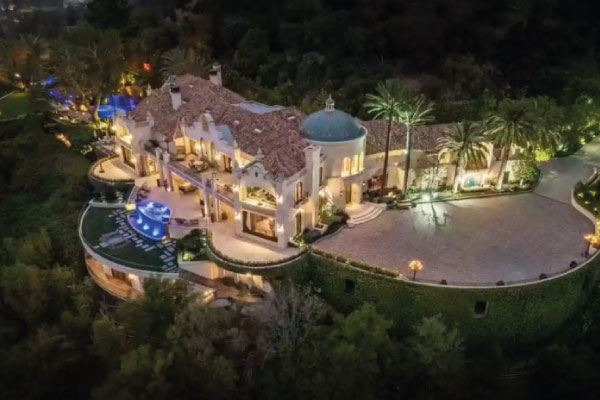 Why it’s here: Known as the Cielo Estate, this 21,000-square-foot, jaw-dropping estate is being sold by “Full House” creator Jeff Franklin.

Many details from the house’s original construction in 1920 remain—from the restored hardwood floors to the exposed beams and built-ins for extra storage. 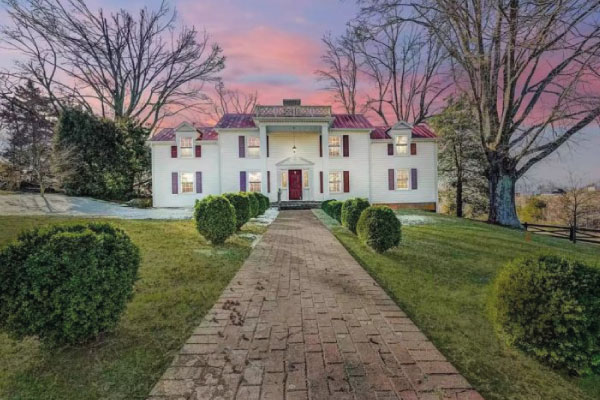 Why it’s here: This five-bedroom farmhouse on nearly 12 acres had been available for an astonishingly low price. Listed for $179,000, the place was sold for more than the asking price, but it’s still an amazing deal!

This is the outstanding home where Tori Spelling grew up. The 56,500-square-foot spread in Holmby Hills features everything from a bowling alley and beauty salon to a legendary library and professional screening room. The property was previously sold in 2019 for $119.75 million, a record at the time. Now, just two years later, the massive mansion on 4.6 acres seeks a new billionaire buyer. 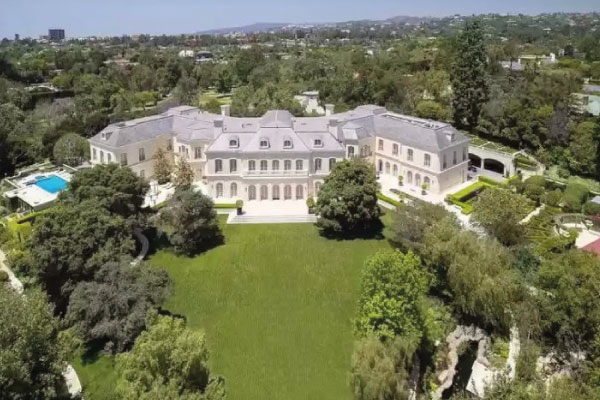 Why it’s here: The megamansion known as “The Manor” was built by TV producer Aaron Spelling and Candy Spelling.

The enormous 6,467-square-foot home features four en suite bedrooms, two kitchens, a game room, and a bar. Rumor has it a doctor and his wife built this property next to their home and used it as a place to party. Legend also has it that bank robber John Dillinger was held in the very cells that the homeowner purchased and installed in the house. Needless to say, the odd amenity generated tons of attention on the web.

WE RECOMMEND YOU: Who Can Become a Real Estate Investor? 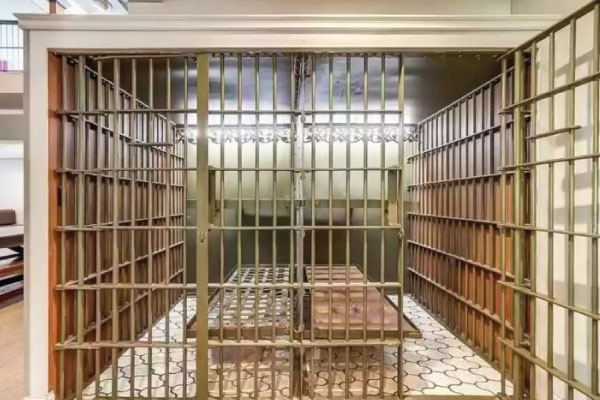 Why it’s here: This octagonal party pad comes complete with an indoor pool and jail cells.

Built in 1985, this five-bedroom retreat offers spectacular water views from multiple decks. There’s also a garage bar, a league-size racquetball court, a whole-house audio system, and a professional home theater with a starry ceiling. The island abode is accessible only by boat in the summer and over ice in the winter. 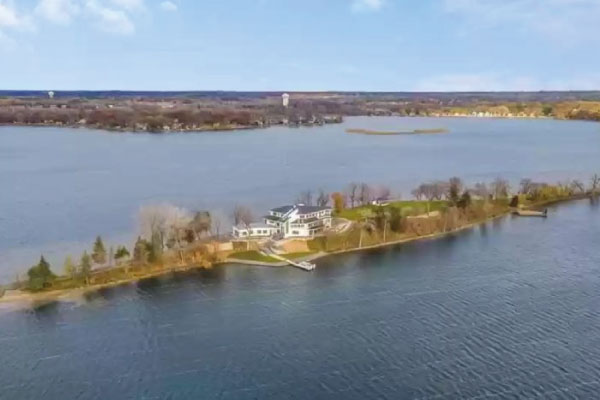 Why it’s here: Sitting in the middle of Bald Eagle Lake is a 2.33-acre private island with a nearly 10,000-square-foot home.

The 11,104-square-foot compound was built in 2007 and features everything from a professional gym and yoga studio to a sport court and cinema. This six-bedroom home also has a private treehouse out back to escape and take in the views of Lake Washington. It came on the market for $36 million in April, but the price has since dropped.

The NFL pro purchased the place in 2015 for $6.7 million. Wilson and his family are leaving this home after his recent trade to the Denver Broncos. 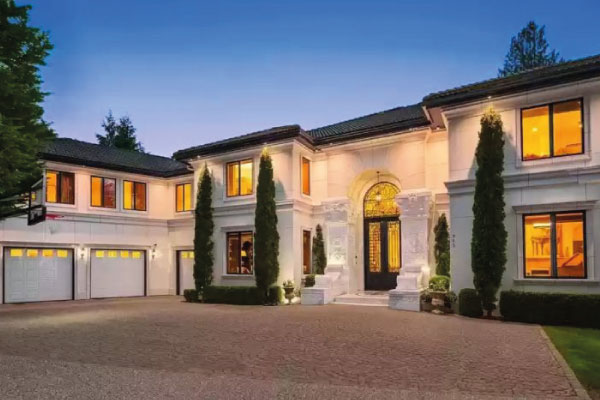 Why it’s here: This is former Seattle Seahawks quarterback Russell Wilson‘s breathtaking lakefront manse and treehouse, which he shares with his wife, singer Ciara, and family.

With majestic views of the Pacific Ocean, this sprawling mansion took 10 years to complete. One of the largest homes in the U.S., the ultraluxe place boasts 21 bedrooms and 49 bathrooms. There are five pools on the property, along with a nightclub, salon, and spa. There’s also a sky deck and and a private outdoor running track. The behemoth also serves as the backdrop to the Apple TV+ show “Loot,” starring Adam Scott and Maya Rudolph. 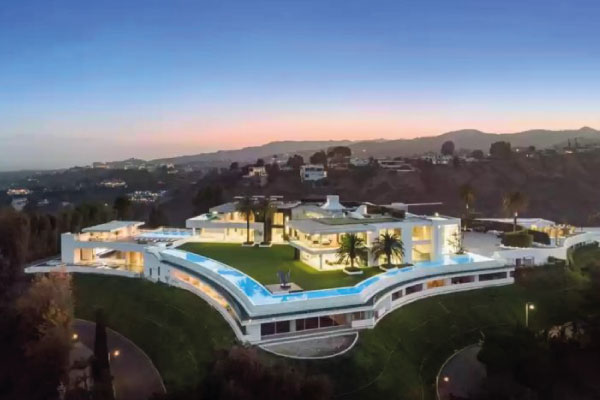 Why it’s here: Known as “The One,” this gargantuan home of 105,000 square feet went up for auction over the winter.

Thia article was originally published by Kellie Speed on www.realtor.com